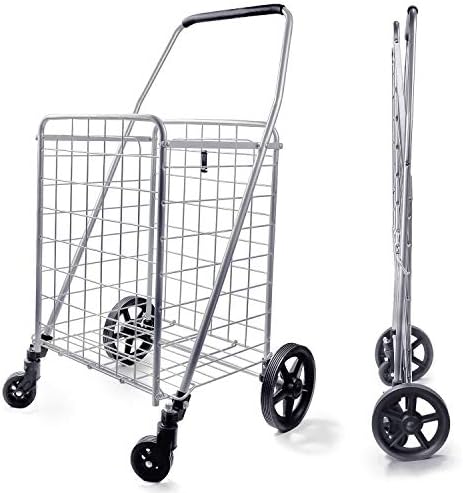 Why I bought this and what I expected

This sort of object goes by many names. The Amazon product listing calls it a “utility flat folding shopping cart,” but many New Yorkers call it a “granny cart.” In my family, it’s always been called a viegeleh, which I think means something like “little wagon” in Yiddish.

In December 2020 I had just signed a lease on a new apartment in Brooklyn and was planning to move out of Manhattan. My old neighborhood was an embarrassment of riches in terms of grocery stores, with so many located so close to me that I had trouble choosing – and Trader Joe’s and Fairway, my favorites, were so close to me that I never had to carry more than a few bags when I went shopping. My new apartment, however, has Costco and Whole Foods, but each is about a mile away – in opposite directions. So I bought this to help with grocery shopping.

(I previously had a different viegeleh, but that one doesn’t have any enclosed space, and relies on a pair of attached bungee cords to tie down boxes – so it’s good enough for moving two to four heavy shipping boxes from a building lobby to an upstairs apartment, but not much else. Also, the bungee cords are deteriorating and aren’t very effective any more.)

I specifically chose this viegeleh because it got pretty great reviews for being sturdy, and especially for having heavy duty wheels that weren’t going to crap out as soon as they met New York City’s pockmarked streets.

I barely took this viegeleh out of the closet for the past year and a half, since I mostly get my groceries delivered via Amazon Fresh, and haven’t had much of a problem carrying stuff back from Costco in a backpack or Ikea bag, and Whole Foods used to do free delivery for Prime members until starting to charge $10 for it recently.

Last week, however, I did a pickup order from Whole Foods, and since the order included four gallons of distilled water, four liters of raspberry kefir, two pounds of yoghurt, and various other heavy things, I decided to wheel it all back in the viegeleh instead of carrying it in a backpack.

I made it about one block past Whole Foods when the viegeleh’s wheel broke, buckling under the viegeleh, and it was instantly unusable: 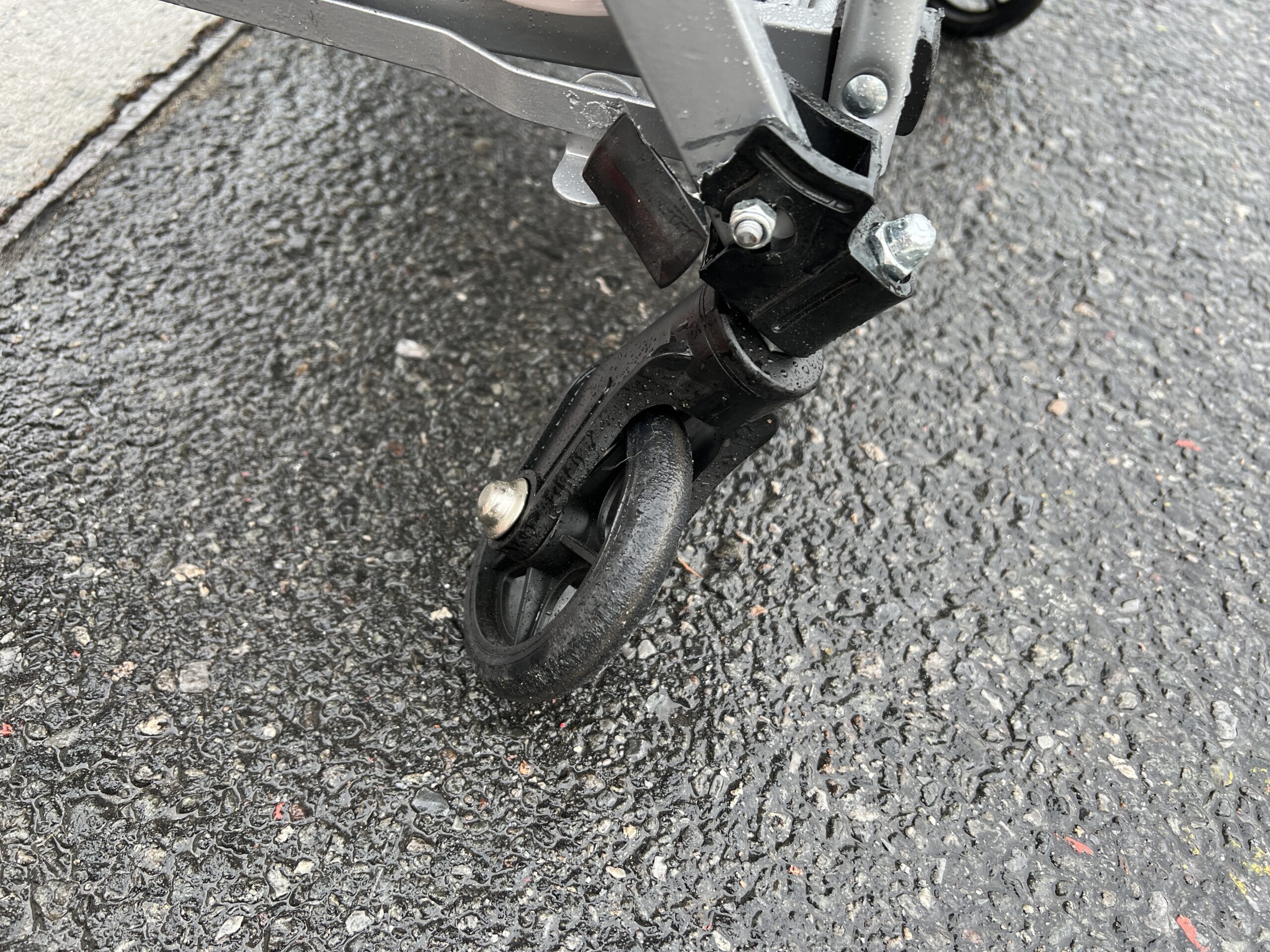 I tried everything in my ability to get it home gingerly, but it was utterly and abjectly useless. Ultimately I had to wait twenty minutes in the rain for a Lyft to pick me up, which cost $16 (compare to the $10 that Whole Foods charges for delivery). And the viegeleh wouldn’t fit in the Lyft, so I had to discard it by a dumpster.

Who should buy it

The technical term for this viegeleh is “piece of crap,” and nobody should buy it unless it is to be used in some form of art installation, not for actually transporting groceries.