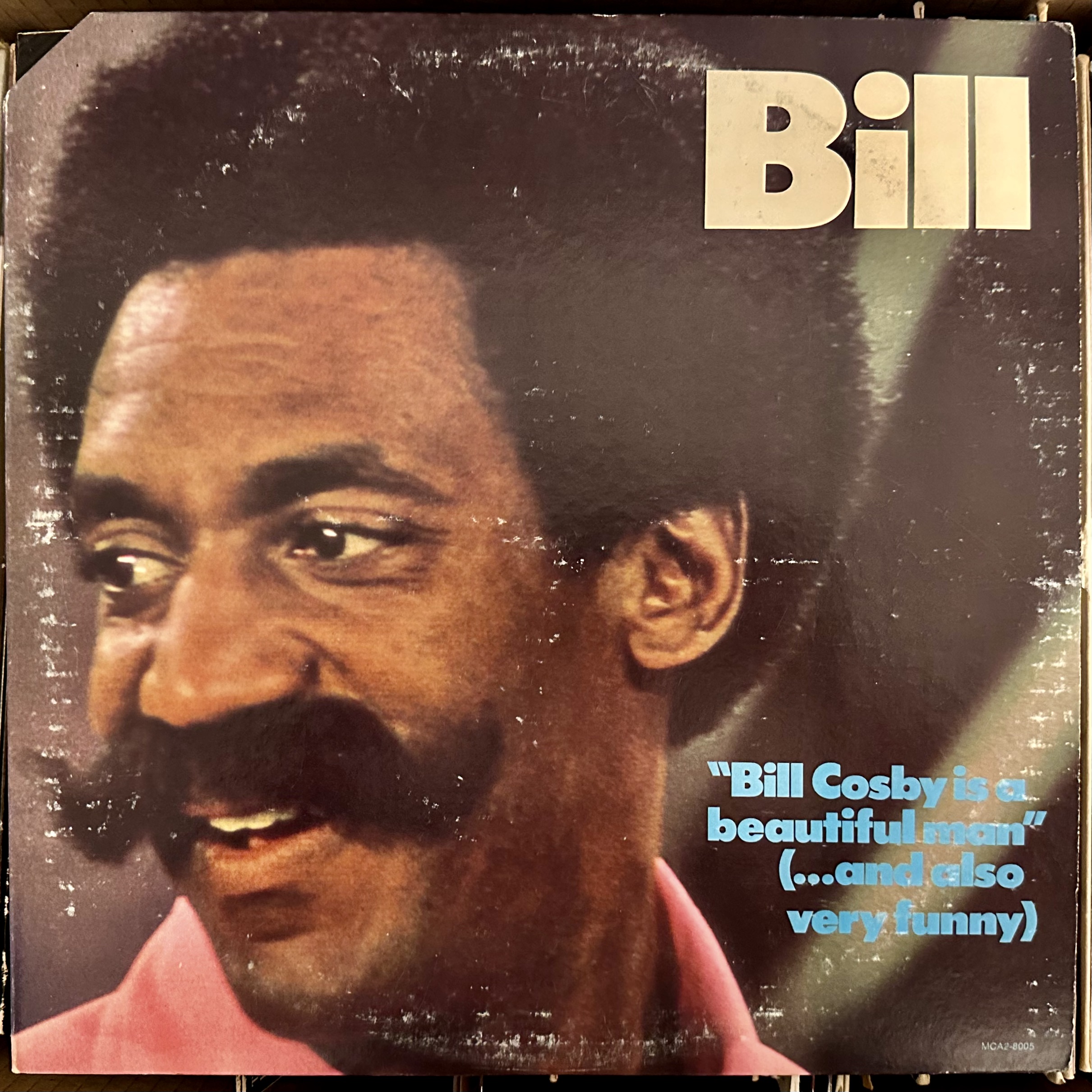 I’ve never heard this record, and never intentionally watched or listened to any of Bill Cosby’s work. Mostly I know him from The Cosby Show, which my parents watched when I was a child but which I did not find even remotely interesting; and from the crass commercial advertisements on television featuring his endorsement of Jell-O; and from Fat Albert and the Cosby Kids, which was shown in class by teachers in my elementary and middle schools (the schools were government-operated, and the teachers were union members).

“Bill Cosby is a beautiful man” (…and also very funny)

Ok. I am looking forward to an hour and a half of Bill Cosby telling his jokes.

I thought that I would find many parts of this to be very funny and that I would be laughing despite myself, but actually, it was not funny at all, and I don’t think I even cracked a smile. In fact, I had a very difficult time even paying attention, and kept getting distracted by my iPhone and my dog.

1/5: I made it all the way to the end, but could not force myself to pay attention