You are here: Home / Archives for Sha Na Na 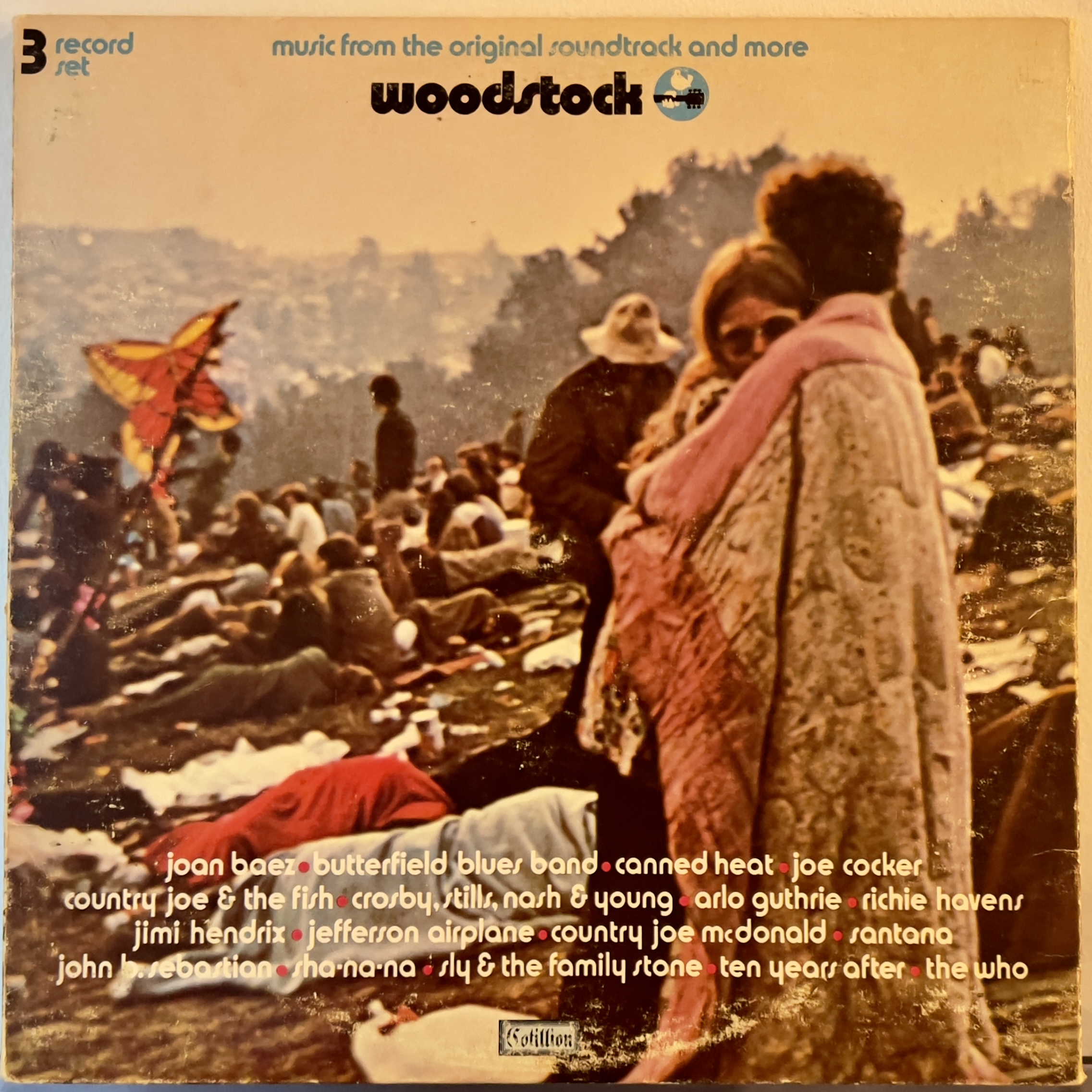 I’ve listened to this mega record a few times before, but I also know a lot of the songs on it from different places and times in my life.

I definitely didn’t expect my father, who allegedly attended the Woodstock Music & Art Fair in a “flower power” van a couple of months after graduating high school, to make an appearance.

Reviewing “Woodstock: Music from the Original Soundtrack and More” is surprisingly a challenge, since no matter what I try to write, it makes me feel like I’m actually reviewing the Woodstock Music & Art Fair, which is not my intent. But here’s what really stands out from this triple record album:

I’d forgotten the extent to which this live concert record consists almost as much of live meta-commentary about the concert itself, the mud, the brown acid, the danger of the cranes, would so-and-so please go to the information desk, peace and love, &c, &c. as it does music that was performed at the concert. And this is another case in which I think it would have made great sense to group together all the stage announcements and asinine remarks (like Jeffrey Shurtleff dedicating Drug Store Truck Drivin’ Man, already in itself an asinine song, to California then-Governor “Ronald Ray-guns”) on a single one of the six sides, reserving the other five sides just for music (and for statements directly related to the songs, such as Stephen Stills letting us all know that he, Graham Nash and David Crosby were “scared shitless” to be performing together for only the second time).

On that note, I’ve commented before (1, 2) how special a song I consider Suite: Judy Blue Eyes to be, but their performance of it at Woodstock, second time performing together or not, was somewhat lacking in everything that makes it stand out as a song. Here is a cover that may be incredibly corny, but at least they make all the harmonies work and don’t flub any of the lyrics, and here is another cover that’s less corny but also less rehearsed and tightly performed.

Many will say that Jimi Hendrix’s Star Spangled Banner– and Purple Haze-related jam was a highlight of the show; call me crazy, but I think Hendrix was greatest when he was playing actual songs, and weakest when he was inventing brilliant new ways to create cacophonous noise with his guitar. To me, Joe Cocker’s incredible With A Little Help From My Friends is what stole the show. And here’s a fun fact: since it was the theme song of the television program “Wonder Years” that I watched while growing up, and since my parents were big Beatles fans, I probably heard both versions of it thousands of times before becoming an adult, but I don’t think it was until my 20s that I even realized they were the same song. That is, to me, a remarkable tribute to Cocker’s ability to reinvent what had already been perfectly invented for Ringo, the greatest Beatle, by his bandmates.

Other highlights of “Woodstock” for me are, of course, Arlo Guthrie’s Coming Into Los Angeles (I’ve already mentioned how much I love that song), Country Joe MacDonald’s I-Feel-Like-I’m-Fixin’-To-Die Rag (I think this is probably the most obnoxious song that I know by heart) and Jefferson Airplane’s Volunteers of America (which I consistently forget how much I enjoy).

Richie Havens’ Freedom is the dumbest song that somehow managed to get included on this record, and Sha Na Na’s At The Hop is the most confusingly incongruous.