You are here: Home / Archives for Selman 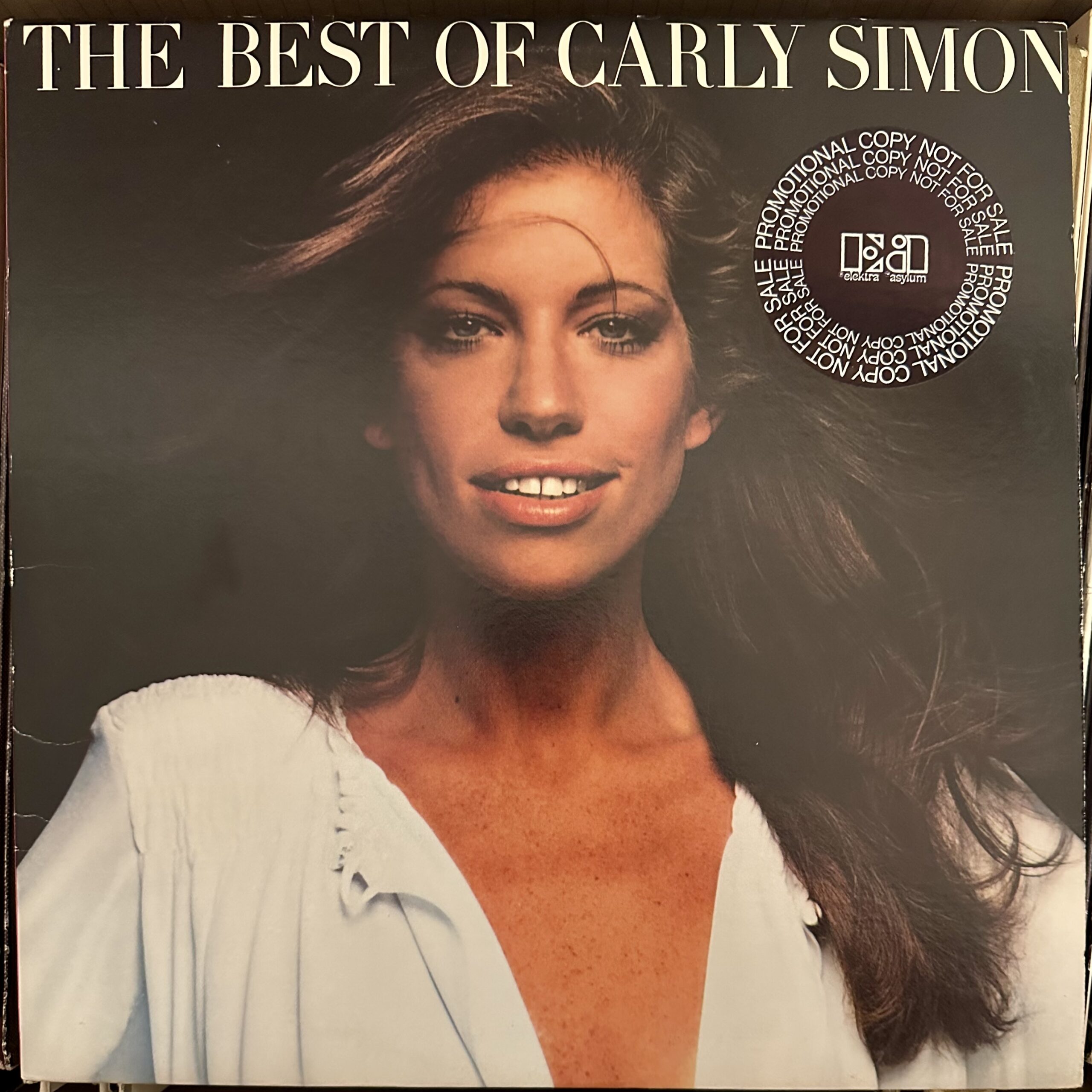 I previously reviewed No Secrets (1972), but did not like it very much; several of the songs on this compilation appear to come from that record.

When I reviewed No Secrets, I wrote:

You’re So Vain was catchy, and had maybe a bit more of a country sound than I remembered it having, but I think it was probably too clever by half.

Night Owl, a bluesy cover of a James Taylor song, was about ten thousand times better than his version, which was awful.

All of that was still true today, though I might add that Night Owl had a terrible saxophone solo.

The record’s most interesting song was Mockingbird, a cover of this Inez and Charlie Foxx song, that’s based on the lullaby Hush, Little Baby. This version had a country and blues sound and was a duet with James Taylor[1], and it was decent until its saxophone solo.

Attitude Dancing, a disco song, was the worst on the record. 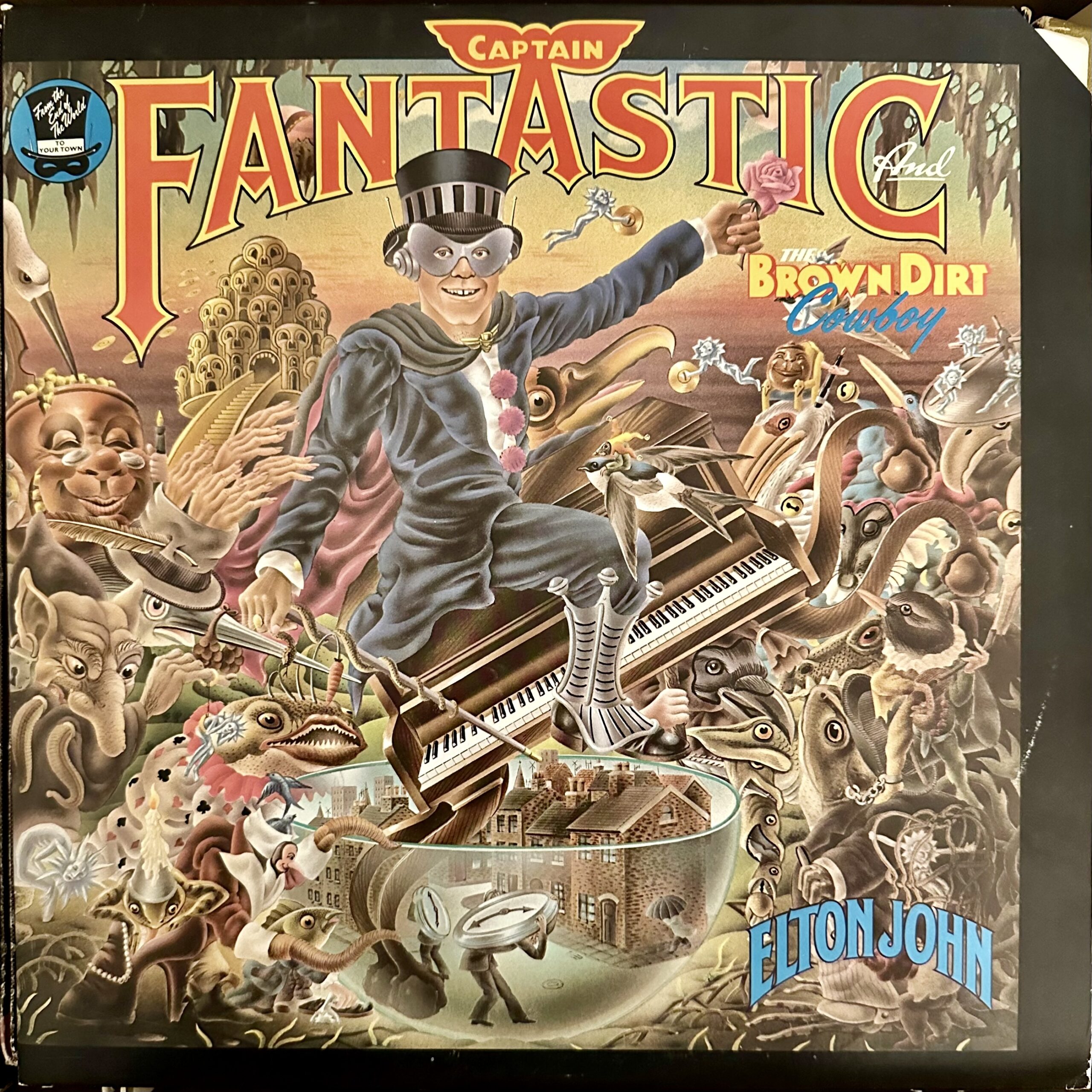 I’ve never heard this record before, but I have previously reviewed five by Elton John:

The “Captain Fantastic” cartoon motif seems to have been taken pretty far, and it also seems pretty different from Elton John’s usual aesthetic, so maybe this record will be the Elton John record that I think is excellent?

This was not excellent, but parts of it were tolerable, despite Elton John’s really annoying vocal style and abuse of the piano.

The record’s best song was the title track Captain Fantastic and the Brown Dirt Cowboy, which started as an acoustic country-folk song, then got more electric, becoming a good rhythmic rock song (and the piano was absent).

On the subject of the piano, (Gotta Get a) Meal Ticket was good example of a rock song that was made worse by the piano, which should have been left out, and I stand by what I wrote when reviewing Goodbye Yellow Brick Road:

… I was… distressed at the amount of piano. I really think Elton John could have created much better music by focusing on a rock style and minimizing non-rock instrumentation.

Tell Me When the Whistle Blows had a disco sound and was pretty bad, but its guitar solo was ok.

The record’s worst song was Writing, which had a terrible calypso style.

I did recognize one song, Someone Saved My Life Tonight, but it was awful. 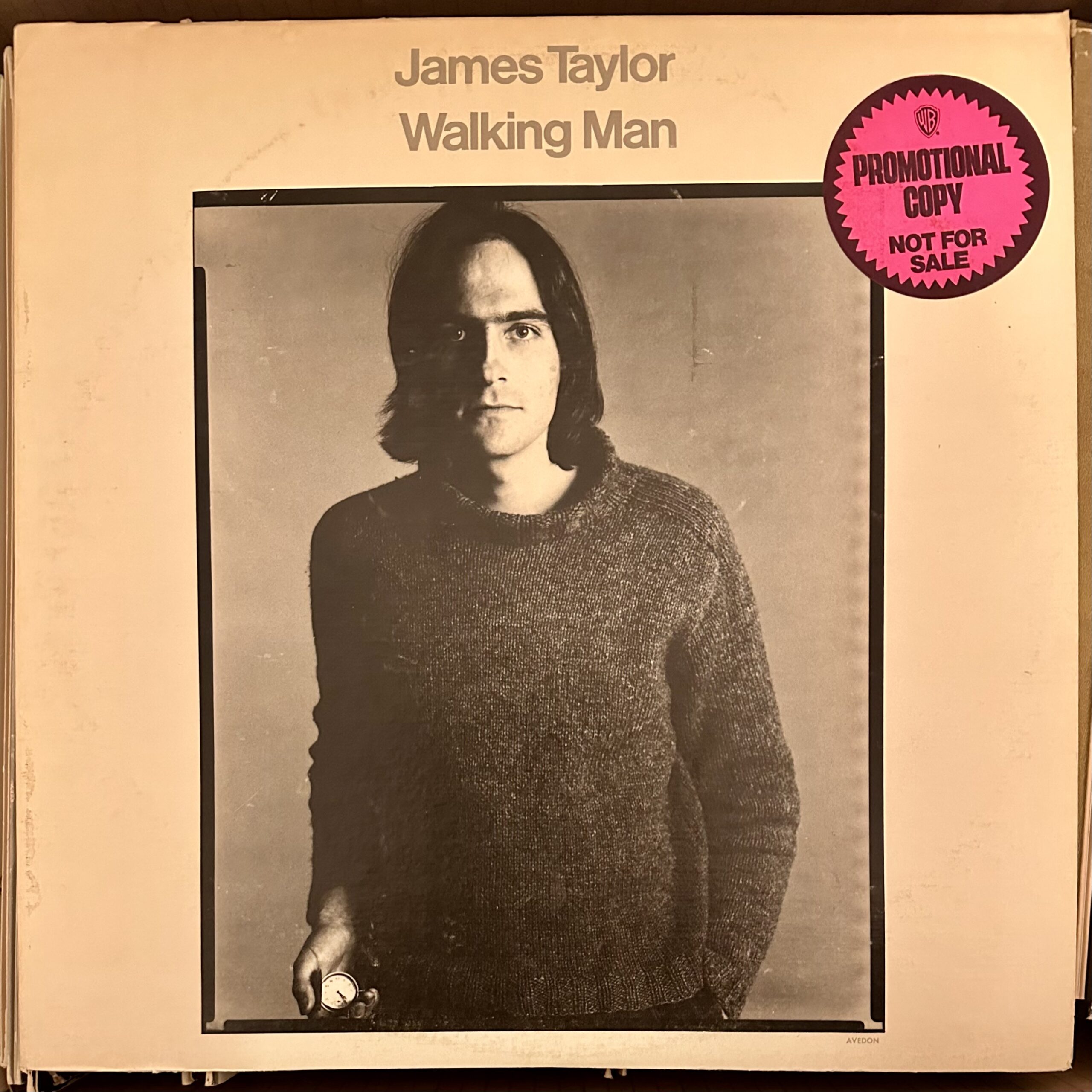 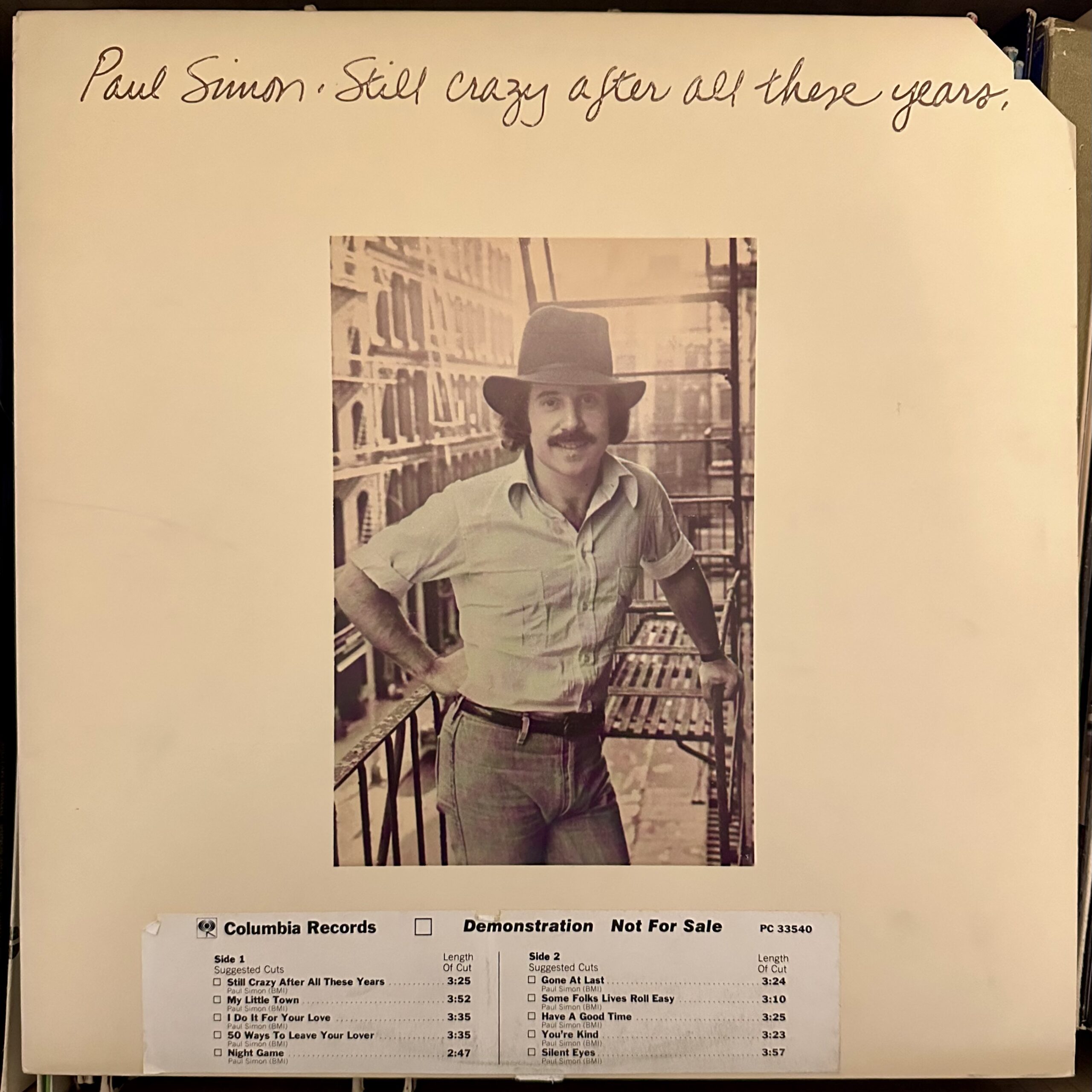 I recognize a couple of these songs by name, the title track and 50 Ways to Leave Your Lover, and I expect that I might recognize another one or two when I listen, but I’ve never listened to this record as a whole. Here are the other six Paul Simon records that I’ve reviewed:

Still Crazy After All These Years is a very bad song, with totally unnecessary use of organ, and Kenny G. level saxophone that made me want to turn the music off and listen to silence instead. When I reviewed Paul Simon’s greatest hits, I wrote about it:

Still Crazy After All These Years was terrible, slow and boring – and that was before the saxophone. It could have been the worst Paul Simon song.

In the same review, I wrote:

50 Ways to Leave Your Lover was half a good song, and half crap easy listening, but the good part, which was the chorus, was excellent, and I especially loved the bass guitar.

I felt exactly the same way today, but also want to add that the marching style snare drum made the song worse than it needed to be.

My Little Town had the the vocal harmonies of Simon and Garfunkel’s early work, but in the context of a bad and uninteresting song.

Have a Good Time was totally bland and ignorable, up until its abysmal saxophone solo at the very end.

Silent Eyes had the indulgent style of an awful Faul McCartney piano ballad.

Gone at Last was the most interesting track on the record, an up-tempo soul song with an Oompa Loompa sound. 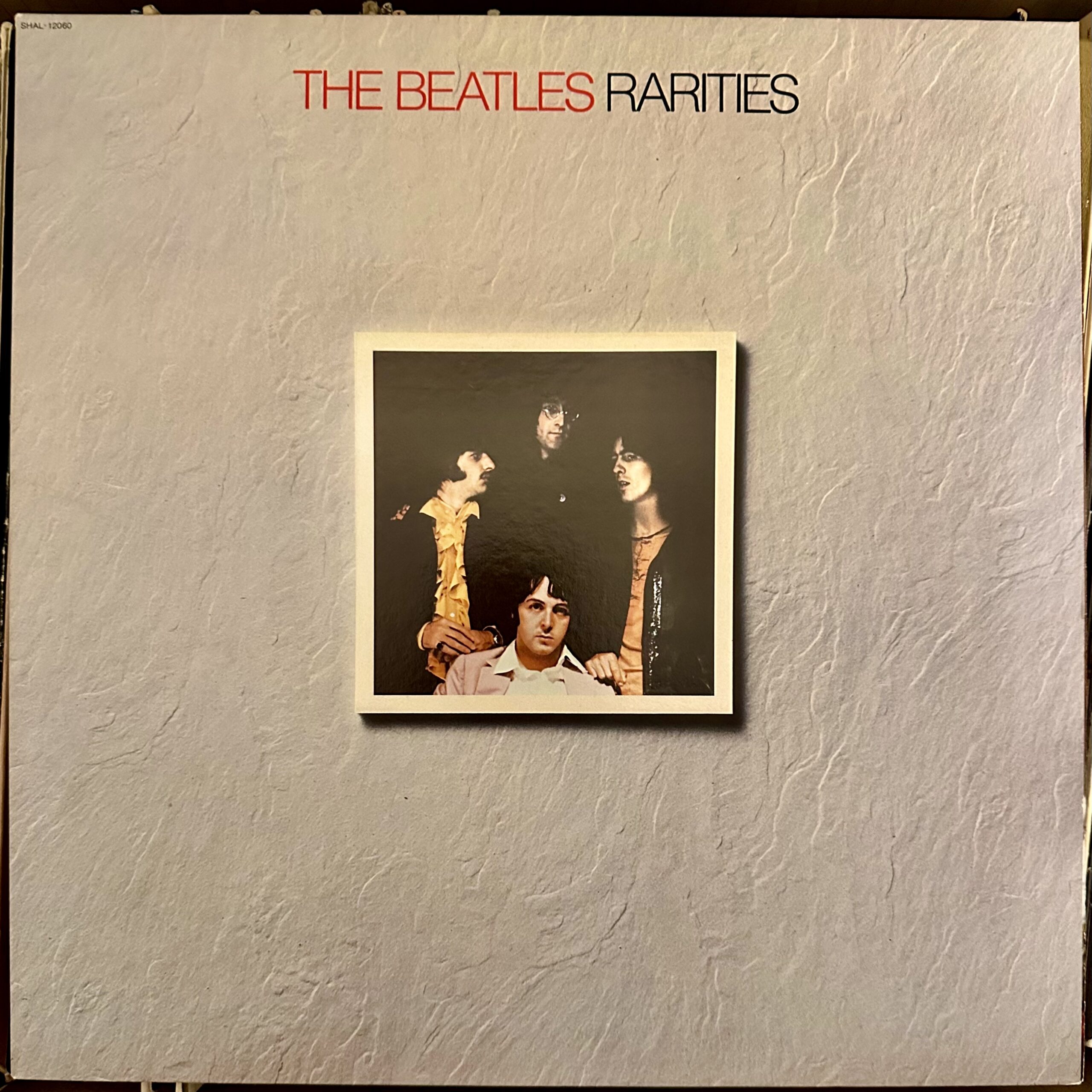 These are rare versions of canonical Beatles tracks. I may have heard some of them, but I’ve never listened to this record.

Other Beatles records that I’ve reviewed:

I’m not going to be listening to each of the official record versions of these songs along with the “rare” versions, so I may not even recognize what the differences are, but I still expect to enjoy most of them.

This was pretty good, and as I expected, I mostly was not able to hear the differences between these versions and the record versions of the same songs, with just a few exceptions:

It’s also worth mentioning that, when this compilation was released in 1980, people only knew the Beatles’ music from what was released as a single or on an LP (or both), which varied by country. Though I grew up listening to the Beatles on cassette tapes that were based on their LPs, overwhelmingly the way I have listened to their music as an adult has been via the 2009 stereo remaster box set, which is non-canonical in a lot of ways, and so I may have been listening to some of these “rare” versions all along.

Just to give one example, according to the Rarities blurb about Sie Liebt Dich:

But it’s part of the box set, on Past Masters volume 1, track 9 (in stereo, too). So I guess my recommendation, for anyone interested, is that you might want to skip acquiring the Rarities LP and just get the box set if you want to hear (almost) every Beatles song in a version that is, if not original, at least official.