You are here: Home / Archives for Books 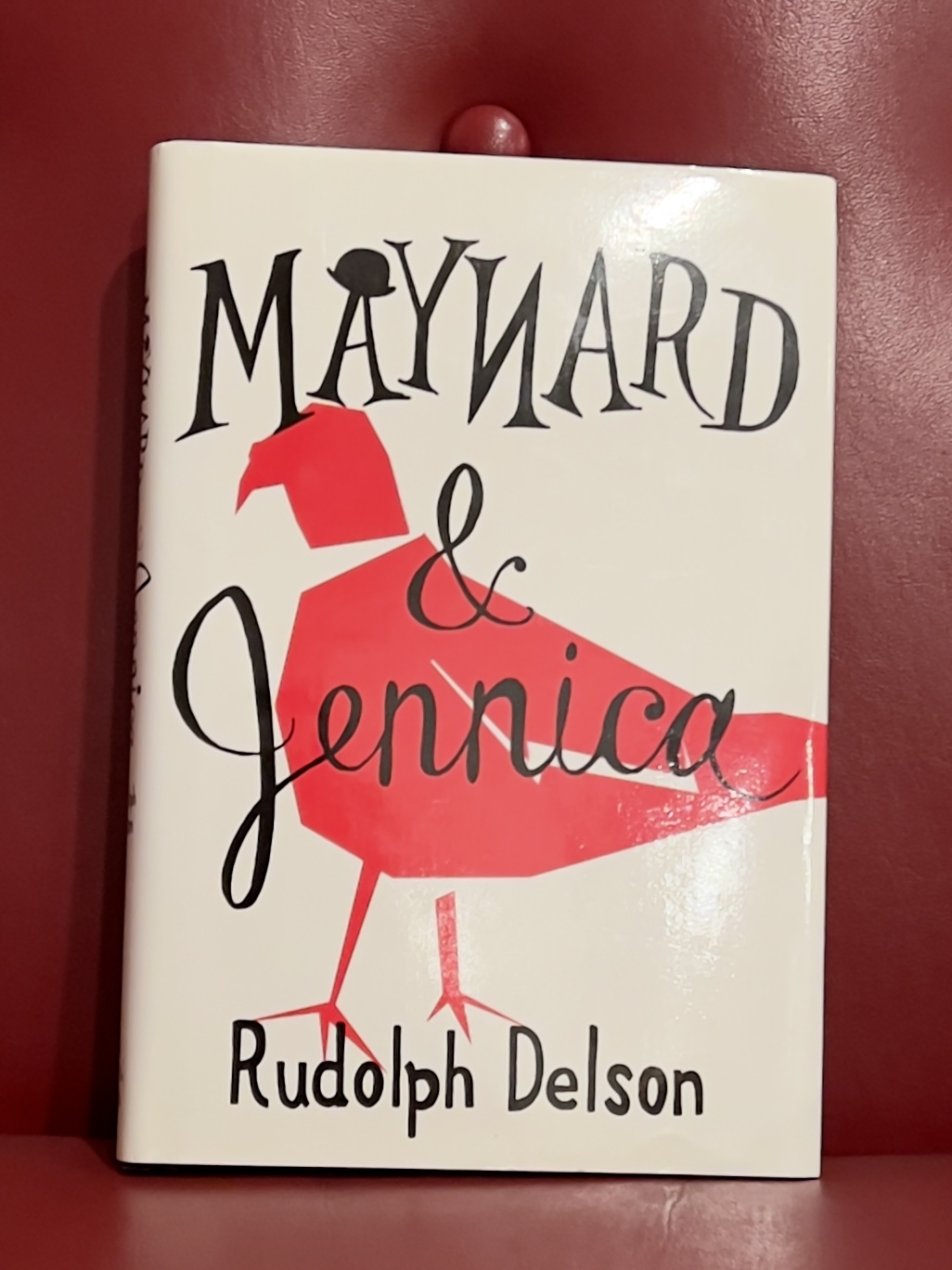 I didn’t have any strong ideas about what this book would be like. I did understand that it would be a romance (of sorts).

If it sounds similar to As I Lay Dying, it’s not – and in any case, A.B. Yehoshua took Faulkner’s idea and actually made it work in The Lover, so that’s what you should read instead of Faulkner. The key is that the narratives in Maynard and Jennica are presented as if they’re part of interviews, like in a documentary. I wouldn’t exactly say it’s totally unique, but it’s definitely original. Most importantly, it’s not distracting, but actually works well as a device, giving the author a lot of insightful opportunities to capture and present the different voices of most of his characters.

If you’ve ever read A Heartbreaking Work of Staggering Genius and found yourself not exactly hating Dave Eggers’ gimmicks, and if you’ve ever read A Confederacy of Dunces and found yourself empathizing and sympathizing with Ignatius Reilly, then you’re going to recognize (and possibly identify with) the Maynard Gogarty character. That’s not to imply in any way that Maynard is Ignatius, but I bet he read Confederacy and saw a tiny bit of himself in it, as I did.

There’s something of Humbert Humbert in Maynard too, or maybe something of Nabokov’s way of naming things, though I have a hunch that Maynard would have detested Lolita.

Similarly, Jennica Green is definitely not Marjorie Morgenstern… but I bet she read Marjorie Morningstar as a teenager. And while I’ve never known anyone quite like Jennica, I’ve known a few who are interesting enough to have been replacements for her, or inspirations for her[1]I’m thinking of a certain friend right now who has that family background and that voice, and it makes the whole novel a great deal more poignant..

I guess this is all a way to say that the author has created two characters who are original, different and remarkable, while still seeming relatable. It probably helps in relating to them, though, to have grown up in the suburbs and interacting with American Jews and living in New York City and knowing some WASPs whose families are well off, and also living in Israel and getting to know the Russian-Israeli-Jewish mentality, and also living in the Bay area for a couple of years and becoming acquainted with how different that culture is. So I’m not entirely sure how universal my experience with these characters will be.

The flattest part of the novel was Maynard’s post-9/11 rant that triggered his fight with Jennica.

I was a student at New York University on 9/11 and vividly recall realizing later that fall that “the tragic events of September 11th” would eventually make their way into fiction as a subject, as a setting or as a backdrop, and suspected it would be handled shoddily, and this might be the first time I’ve engaged with “9/11 fiction”[2]Except when I discovered that some conspiracy theorists claimed that the towers had imploded – as an eyewitness who did not watch it on television, let me assure you that the first tower to … Continue reading.

It’s not that I don’t think a lot of people didn’t think things like what Maynard was saying (they did), and that some people didn’t say them (they probably did, but not to me) – but just that I have a difficult time believing that Maynard Gogarty would have said them, particularly in that context.

Ultimately, I wish that this book had just been the story of Maynard and Jennica with maybe some other external events to precipitate plot developments, and that 9/11 had not been a part of it.

Finally, I think it’s important to note the extent to which Maynard and Jennica is whimsical and a comedy: I first laughed out loud on page 26, and continued guffawing and cackling repeatedly throughout much of the book. I didn’t expect to laugh that much or that hard. The humor, I have to admit, is somewhat parochial and I may be its target audience, but it still reminded me at times of Tom Wolfe and Michel Houellebecq.

Who should read it

Why is a book like this not a bestseller? Why is it not taught in high schools, instead of the rubbish that actually is taught?

Partly because only a pretty small minority of people would ever be able to appreciate the myriad in-jokes, literary and stylistic allusions, geographical and cultural references to Manhattan and the Bay area, to American Jews and WASPs, to the Russian-Israeli-Jewish mentality and to the legal and banking professions. And also partly because it makes statements about style that are not what most people want to be told.

If you’re considering Maynard and Jennica, please ignore everything I said above about all the biographical details that made me relate to the characters. You should definitely read it if you enjoyed A Heartbreaking Work of Staggering Genius and A Confederacy of Dunces, and if you have a special relationship with New York City like I do.